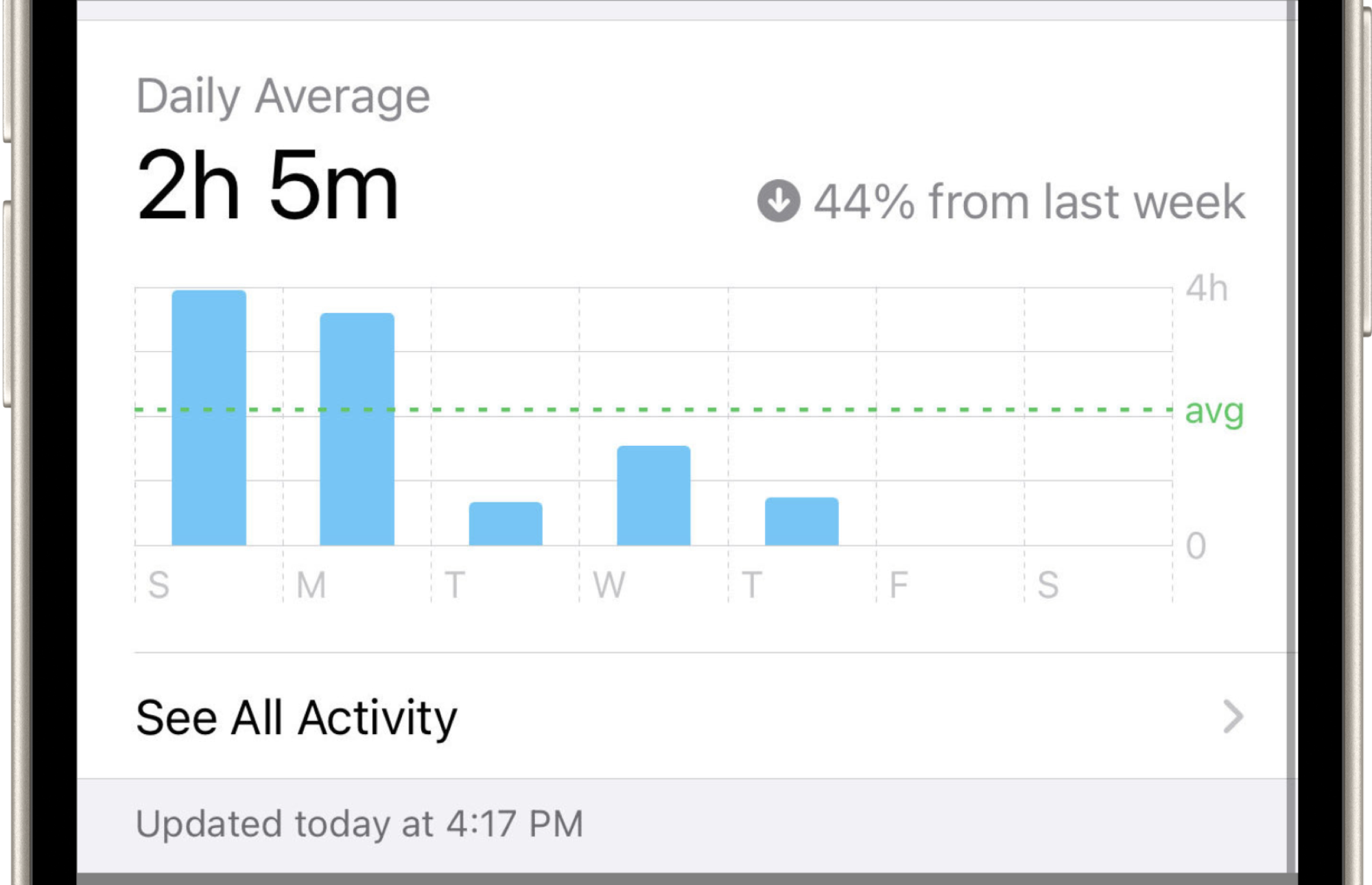 How ‘one sec’ lowers your screen-time effectively & long-term

My new app one sec helps you to lower your screen-time in a new unique & innovative way using Shortcut Automations. Small breathing exercises force you to reflect on your habits while they occur.

Why can yet another app solve app-addiction?

“one sec” is not just another app that was built to spent (a lot of!) time in it. It is quite the opposite. One sec is designed so you spent as little time possible within the app. It is activated whenever you launch one of the configured apps, such as Instagram or Twitter.

(At this point I also need to emphasize that all your data stays offline, on-device, on your phone. No account or login is required. Because “one sec” is not just another ads-selling company. I make money by selling the app, not your data.)

Social media platforms (such as Twitter or Instagram) are designed to make money by selling ads. Essentially, they sell your attention to companies who want to advertise their products. Driven by basic capitalistic instincts, they want to maximize their profits, hence maximizing their number of active users and the amount of attention they can sell per user (=screen-time wihtin their apps). This means, it is their goal that you spend as much time as possible on their platforms, and open their apps regularly, to sell more ads.

They use many different psychologic strategyies to trick you and your brain on different levels – conciously and subconciously: For example, you want to see what‘s new and read messages from your friends. Subconciously, your brain got used to those small-dopamine hits which are released right when you open social media: small red indicators, showing you that someone liked, commented, or messaged you. These triggers are implemented deep in your subconciousness. Companies like Facebook, Instagram, and Twitter managed to become part of your basic human needs.

This should terrify you. How many times do you open apps without thinking about it? How many times do you open Twitter right after you‘ve closed it? This happens way more often than you actually notice – because it happens without active thinking. My app “one sec” is one great way to reflect on such bahaviors. Because the first step is actually to evaluate your relationship with your phone and its apps.

You might think: Well, I am using Apple‘s Screen-Time feature so I should be good!? Well, think about that: are you actually happy with your phone usage right now? How many times do you press that ‘one more minute’ button? Is it already part of your muscle memory?

From my experience, and many others agree, Screen-Time simply does not work. It is not effective at all. It seems like it was build by engineers and designers, and not by psychologists. Screen-time is an ineffective tool against the well-established and powerful neural wires in your brain, implemented by Facebook and Twitter. 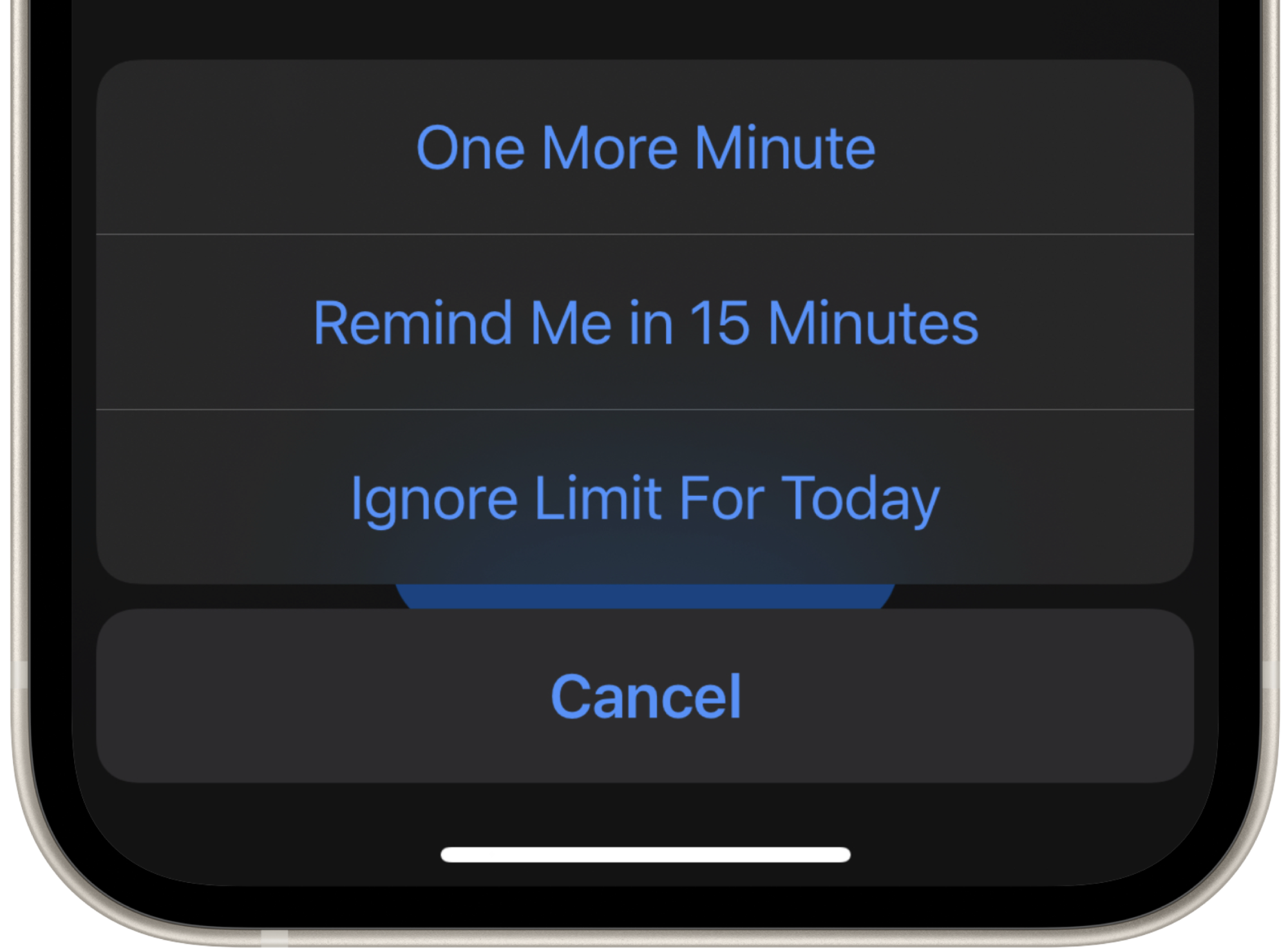 Why “one sec” works so well

One sec works so well, because it intervenes right when the action happens: Opening Facebook, Instagram, Twitter, Linkedin…it forces you to take a step back, realize what you‘re currently doing, and conciously reflect if this is really what you want to do right now. Hence, out of the box, all unconcious app activity is immediately prevented.

On top of that, one sec makes you wait. Wait for social media to open. And these couple of seconds might just be too much. Not worth it to wait. Time to reflect on your current action. Why not do something else instead?

This offers the great advantage that you can recapture your free will: really decide how you want to spend your time. This already cuts down screen-time significantly.

On top of that, long-term effects kick in when you get annoyed and upset about “one sec”. One sec is supposed to be annoying. By adding additional friction to opening certain apps, your brain re-balances those dopamine-on-demand effects that Instagram or Twitter usually provide. After some time, you will notice that your urge to open those apps declines and really helps you to think less about those apps…which results in lower screen-time usage in general.

Give one sec a try: it’s free to use with one target app

After all, why don‘t you give one sec a try? …the ratings on the AppStore really speak for themselves!